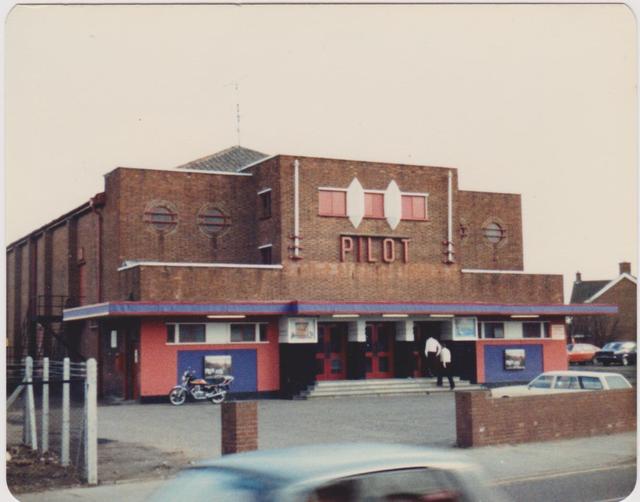 Located in Kings Lynn, Norfolk. The Pilot Cinema was opened on 28th November 1938 with Walt Disney’s “Snow White and the Seven Dwarfs” and Will Fyffe in “Cotton Queen”. It was built and operated by local businesman Benjamin George Culey Sr. who also built the Princess Theatre, Hunstanton. Designed in an Art Deco style, with Egyptian touches, it had a 36 feet wide proscenium, a 16 feet deep stage and three dressing rooms. Programming was films and occasional variety shows.

It was converted into a DIY hardware store. In 1999 it became Zoots nightclub, but this was closed on 26th January 2008. Plans to demolish the building and build housing on the site were rejected in June 2013. However, it was demolished in the Summer of 2014 and housing was built on the site in 2015.

Demolition plans were approved in December 2013, but as of March 2014 it was still standing:–

The Pilot cinema was demolished in the summer of 2014.