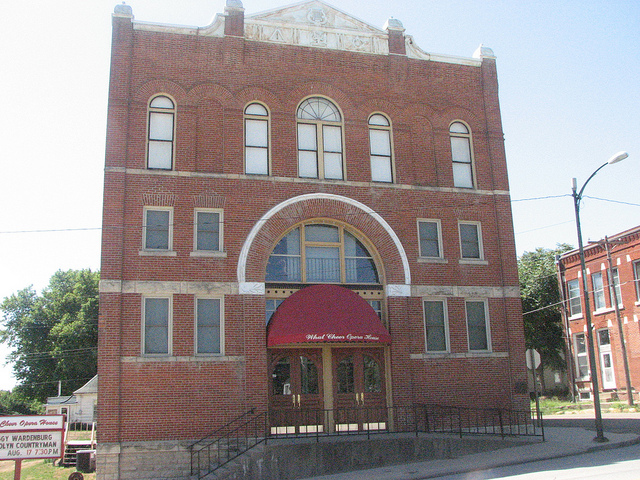 The What Cheer Opera House is used for concerts and live performances. Current seating is 383 on the main floor and 217 in the balcony.

Under What Cheer, Iowa in the 1897-98 edition of the Julius Cahn Official Theatrical Guide is the “New Masonic Opera House”. Peter Flaherty was Mgr; there were 850 seats. The proscenium opening was 24 feet square, and the stage was 24 feet deep. The theater was on the ground floor. There were 3 weekly newspapers, and the hotels for show folk were the Smith and the Lydell. The 1897 population of What Cheer was 5,000.