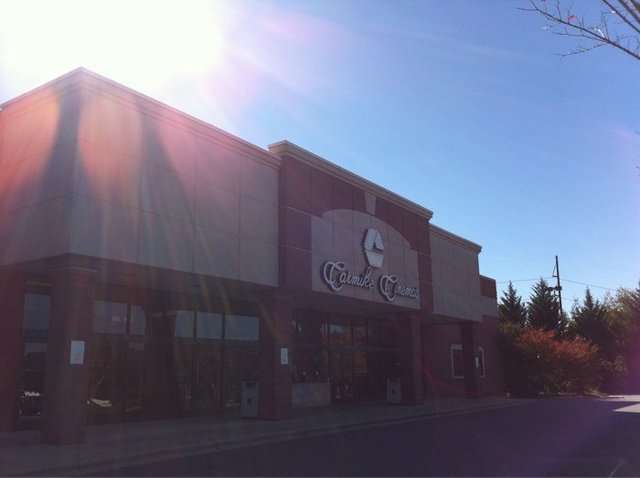 The Carmike 10 was opened November 22, 1996. Amenities include digital projection and sound, 3D capabilities, stadium seating, online ticketing and first run attractions. In November 2016 it was taken over by AMC and renamed AMC Classic River Hills 10 in March 2017.

That’s too bad, but maybe Yelp would be a better site to post your opinion.

@Mikeoaklandpark AMC has had issues with the former carmike staff not being up to AMC standards. Try sending a complaint to AMC Corporate Guest services.
https://www.amctheatres.com/contact/feedback 877-262-4450 https://twitter.com/AMCHelps https://www.facebook.com/amctheatres https://plus.google.com/105910727575124330380 if you prod the staff in Kansas City,ks enough they will send someone to straighten the theater out.

Thanks Jeff. I am not sure they would care. They raised admission prices after they took over. They are $2-33 higher than Regal, Cinemark and the two local chains plus their concession prices are also much higher. It is worth a try. Rayman not sure what Yelp is

Its a popular site to review places. Based on the other reviews you’re not the only one that doesn’t like this theater.

It’s worth complaining just to get it in there database the hitch during the merger seems to be the absorbed Carmike staff not changing over well to the new polices and lying about the stubs program. Apparently a bunch keep telling people that the Tuesday discount is exclusive to premier when the free insider level also gets the tickets at $5 at the box office. The support staff is very good at getting things fixed. The owners changed but they still have the same local staff.

The fact that a Stubs membership was required for the discount as soon the names changed was a bad decision. They should have kept it the same for at least a few months. They also should have given existing Carmike Rewards members a one time discount for Premire. AMC made a lot of mistakes about how quickly they changed policies, and they’ve lost business as a result.

Rayman29 and jeffpiatt I agree. They lied to me and I am paid for the premiere membership was a waste of my money. The manager who was there from Carmike Greg was awesome but for some reason he was let go and rude snippy girl Kayla who was his assistant is now GM. I called corporate and got transferred to customer service which I specifically asked for a call back from the district manager and of course that didn’t happen. I copy and pasted all the Yelp reviews on their corporate page if they look at it. That’s ok Alamo Draft is looking at two locations up the street on Tunnel Road as is another chain. It will be a matter of time before this theater is gone. They won’t last through their 7 year lease.

the fact it’s under the new AMC Classic does say something about how AMC saw the market conditions of some of Carmike’s older locations. Before AMC would have merged and closed all the low traffic locations carmike had. the current CEO opted thisa time to take them in but brand them as Classic and to put in basic upgrades to bring the theater up to Basic AMC Standards and run them as Discount Theaters and keep the Carmike logo and discount programs going. I do know that like all discount programs the staff get a per head bonus to get new members an with AMC having a two level system the free probably has a lower payout then the paid. Carmike Rewards members last year along with the Sundance rewards program did get for both levels got Bonus coupon added to the merged accounts accounts. Carmike rewards members got the next reward you would have received in the Carmike Rewards program. Sundance Partners got a reward gift for switching over with the same email for both the old Carmike account and the new AMC account using the same email. https://www.amctheatres.com/carmike

Jeffpiatt They did merge the programs and honored what free stuff I had with Carmike but not without BS. And yes they all constantly pushed to get me to become a premier member which was a waste of my $15.00. Never again. I’ll stick to the Cinemark Regal and two local chains which treat customers great. I knew this was not up to what I remembered from AMC for 23 years in Florida.