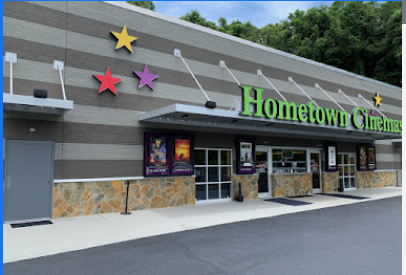 It was reopened as the Hometown Cinemas in June 2019. Seating is now provided for 250 in each auditorium.

I have one of the advertisement from the Marion, NC Newspaper that had a showing of “E.T.” back in 1982. If you need to see this ad,please contact me at

This theatre opened in early-1980 as the McDowell Cinema 1 & 2 under Charlotte based Stewart and Everett.

Carmike Cinemas took over in 1986 and renamed it the McDowell Twin Theatres. By the mid-2000’s it was owned and operated under an Independent company until January of 2014.

I was the assistant manager at this theater in the early 90’s. It was owned and operated by Terry and Sharon Matthews for about 2 years when they sold the theater and moved back to Birmingham Alabama.

Reopened as the Hometown Cinemas in June 2019 after a remodeling inside and out. It’s still a twin with each theater holding 250 and shows first run films