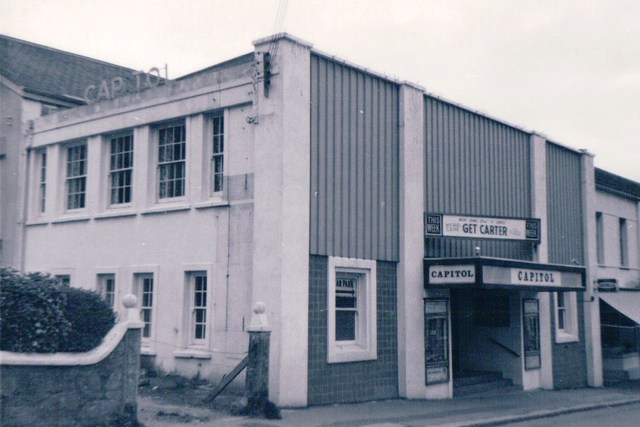 Located in St. Austell, Cornwall. This large building opened around 1926. The Capitol Cinema had a ballroom, cafe, lounge, a row of shops and a car park. It was built and operated by Harry J. Watkins. There were 646 seats, including 14 in boxes. The proscenium was 36ft wide, the stage an exceptionally large 40ft deep and there were six dressing rooms. Pantomime and other live shows were presented. On 22nd April 1929 it was equipped with a Western Electric(WE) sound system.

In 1945 Capitol (St. Austell) Ltd. took over. Curiously, after the war, the proscenium width was only given as 25ft. Nevertheless, CinemaScope was subsequently installed. On 8th January 1978 it was taken over by the Classic Cinemas chain. The cinema was eventually acquired, along with the Classic Cinema (former Odeon), by WTW Cinemas. Once the Classic Cinema had been converted into the Film Centre the Capitol Cinema closed as a cinema and became a full-time bingo hall (having already presented bingo part-time). In June 2013 (which, despite the date in the camera data, is when my photographs were taken) it was Capitol Bingo.