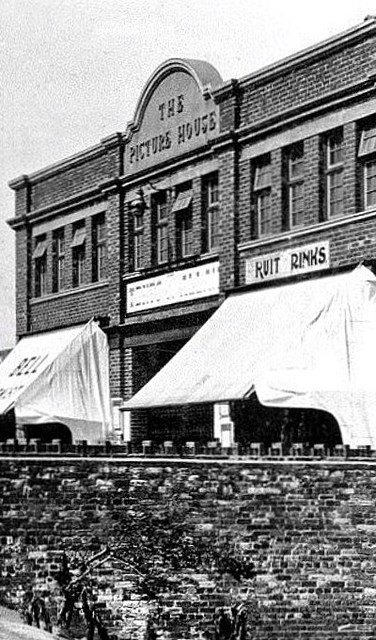 Located in Maltby, South Yorkshire near Rotherham. The Picture House was opened prior to 1934, when it had been equipped with a Morrison sound system. It had a 26 feet wide proscenium. In 1937 it was taken over by the Star Cinemas chain and re-named Grand Cinema.

In 1954, it was equipped for CinemaScope and the proscenium was widened to 36 feet. Star Cinemas were still operating the Grand Cinema in 1966, but by 1968, they had closed it to regular films, and began operating it as an adult cinema club, a use which continued until at least 1971. It was then converted into a bingo club.

In recent years it became a kitchen & bedroom furniture store, but this closed in the late-2000’s. The empty building was badly damaged by a fire on 19th August 2013, and the remain will probably be demolished..