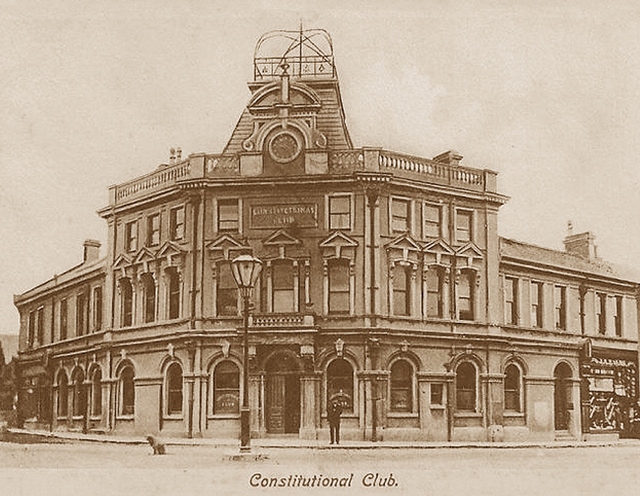 Opened on 15th March 1894 as the Aberdare Constitutional Club, it contained a hall on the first floor which was used for entertainment and events. In 1905 it became the Palace Theatre of Varieties, and in 1909 it became the New Empire Theatre. Soon it was screening films as the Empire Pictorium.

In the 1960’s the hall was used as a Go-Go Bar, and later as Decker’s Nightclub.

The building today is still in use by the Aberdare Constitutional Club.