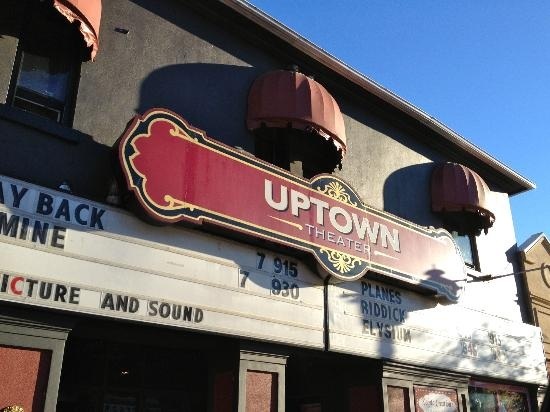 The last functioning movie theatre in downtown Barrie. Recently known as the Barrie Imperial Cinema 8, it closed in 2009 and later reopened as the Uptown Theatre.

The building occupied by the Uptown Theatre was once the home of a Chrysler-Plymouth dealership, as seen in this undated photo from the Barrie Historical Archive.

I’ve been unable to discover when the building was first converted for use as a cinema, but the portion that is now the Uptown was reopened as a three-screen house in late 2009, according to this article from December 3 that year (Stinson Theatres had closed the 8-screen complex in February, 2009.) The original Imperial Theatre, opened in 1937 at 43 Dunlop Street, which had operated as screens 1 and 2 of Stinson’s Imperial 8 Cinema, was slated to be converted into an event center called the Grand Theatre. The other three auditoriums in the 8-screen complex were to be converted to retail space.