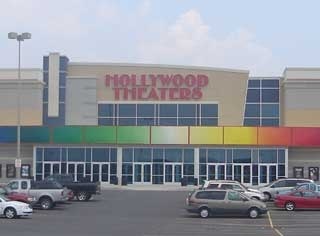 This former Hollywood Theater became a Regal Cinema on April 1, 2013. It originally opened on November 4, 2005, at the University Town Centre.

Carmike also has 12 screens, about four miles away, at the Morgantown Mall.