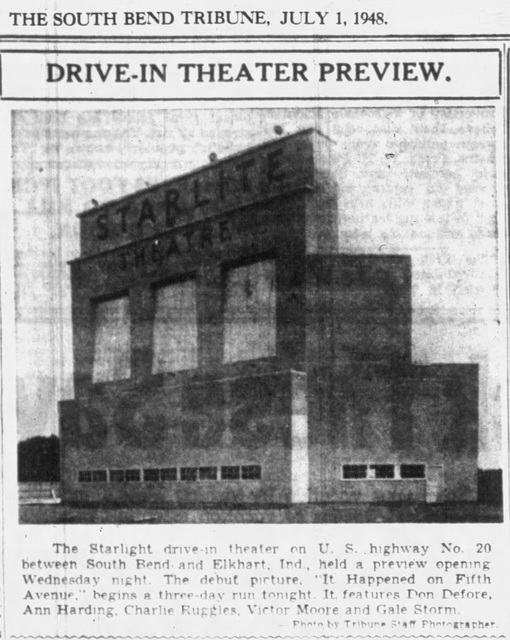 The Starlite Drive-In opened on July 2, 1948 with Don DeFore in “It Happened on 5th Avenue”. On May 5, 1978 it became a two screen drive-in that was the twin of the Chippewa (Moonlite) Drive-In in South Bend, Indiana

It was torn down and a BP gas station, a Walmart Super Center and an apartment complex were built on the site.

It drew cars from the cities of Elkhart, Mishawaka, South Bend and people from Michigan which is only miles away to the North.