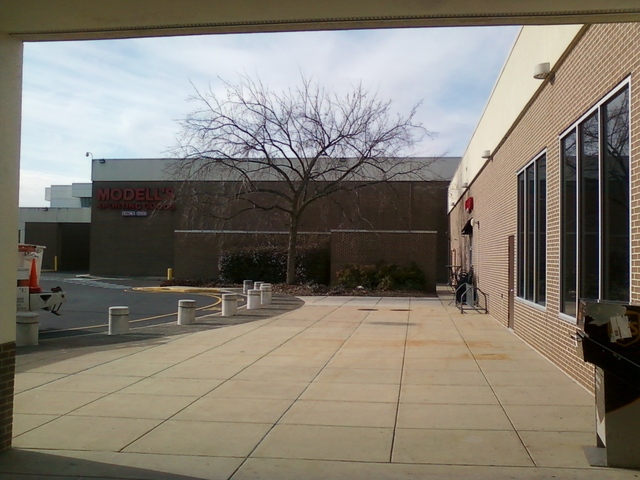 The Premiere Theatre opened in 1968, at the same time The Neshaminy Mall opened in Cornwells Heights (now called Bensalem), PA.

In 1973, the Premiere was twinned. In 1980, the Premiere, along with the Bucks County Mall Colonial Twin, the Leo Mall Twin and the Woodhaven Mall 4 Theatres were acquired by AMC Theatres, marking AMC’s entry into the Philadelphia area.

In 1992, the AMC Premiere Twin closed. Since then, the Neshaminy Mall has carved up the Premiere space into smaller stores.

This theatre was opened originally by Ramon Posel, who also owned the Leo Theatre and The Bucks Mall Coloinal Theatre, before selling these 3 theatres to AMC Theatres. Mr. Posel kept the Ritz 5 Theatre and built the Ritz chain to 4 theatres before his passing.

The Premiere was a really great theater when it first opened and was single screen. It was also the first theater I remember with surround sound.

Modell’s Sporting Good occupies the Premiere Theater space. If you walk to the rear of the store, notice the angled diagonal walls leading to the former screen.

Here is a February 1970 ad from the Bucks County Courier Times:
http://tinyurl.com/ybslnmd

Grand opening ad as a twin from April 12th, 1974 can be found in the photo section for this cinema.

News article from 1/20/1980 about the Premiere Theatre being acquired by AMC has been uploaded into the Photos section.