Stamford Center For the Arts (Official) 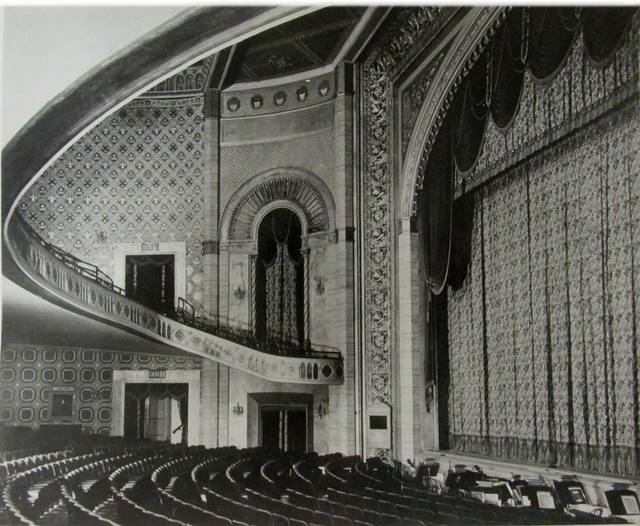 The Palace Theatre was designed by Thomas W. Lamb in 1927 and remains one of the grandest theaters ever built in the state.

Originally seating over 1,900, the former vaudeville house was later converted for movies and remained that way for nearly fifty years.

Restored and reopened in 1983 for live theater and concerts and seating reduced to 1,580, the Palace has recently completed a major renovation which added new dressing rooms, enlarged the stage, new technical facilities and various other improvements.

In addition to the the Palace Theatre, the Stamford Center for the Arts includes the Rich Forum, also in downtown Stamford, which opened in 1992.

I picked up a new publication at Bethel Cinema called “TheatreCT” but it’s mostly for acting theater, but they do mention new things going on with the Palace in Stamford and Waterbury and the Warner Theater in Torrington.

There’s a spread on the Palace in Stamford on pages 24-27 and some nice pictures of the marquee and of the inside looking at the balconies.

They use the nice plug title of “Stamford, a Rich Forum for Connecticut Culture” and it’s about how it’s quickly becoming a mecca for film and theater.

“Partly due to its proximity to Broadway, its theater community serves as both a training ground for budding artists and as a professional theater hub in its own right. Stamford Theatre Works and the Stamford Center for the Arts…incorporates the Rich Forum and the Stamford Palace Theatre, which recently enjoyed a renovation. In 2008, Stamford Theatre Works, an equity theater…will move into the Palace…making SCA a major theater center.

They also mention the other cinemas in town.

First listed in the 1928 Stamford City Directory as showing moving pictures and vaudeville. In 1934 the name is changed to Vuono’s Palace until 1936 then reverts back to the Palace. (In 1961, the Hartman Regional Theater moves in, they move out in 1981 to Glenbrook Road.)

The Palace’s website has changed – it is now http://www.stamfordcenterforthearts.org/home.cfm#

The website has a couple “virtual tour” photos. Nicely renovated!

“The theater in Town Hall had its own tragedy in store. In 1904, it burned to the ground, as did the Grand Opera House – which stood at the site of today’s Palace Theatre.”

Don’t know if any one you have heard as it’s been all the rage and protest as of late, but 3 NBC shows have moved into the Palace (no more Rich) and brought with them some controversy. Jerry Springer and the Steve Wilkos show as well as Maury Povich have moved their families here (sans Wilkos) and will be taping their shows at the Palace on rotating sets. The good news is that it will bring 150-200 production jobs, will pay $1.3 million for the 2-year lease with an option to extend and they will refurbish the theatre to the tune of $3 million.

A few months ago, the nearby church was peeved about Springer.

Nice to see thats its still up and running.

Just to clarify, the TV shows are taped at the Rich Forum. The Palace is still offering live shows.