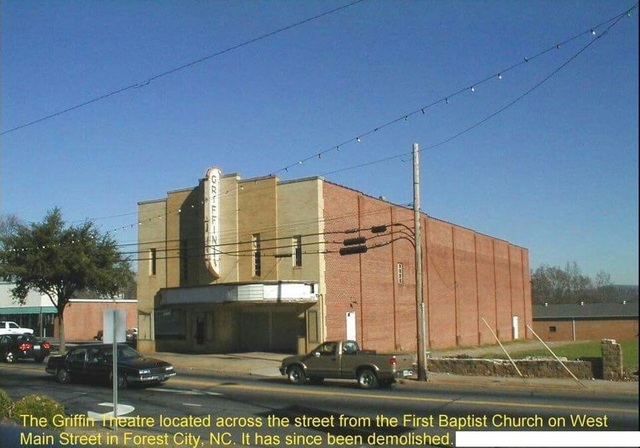 All that remains is a vacant lot.

This web page is mostly about the Romina Theatre, but also says that the Griffin Theatre was opened in 1948 and operated until the summer of 1972. The theater was owned and operated by James W. Griffin Jr, whose parents owned the Romina Theatre and a smaller movie house across the street from it, the Grace Theatre.