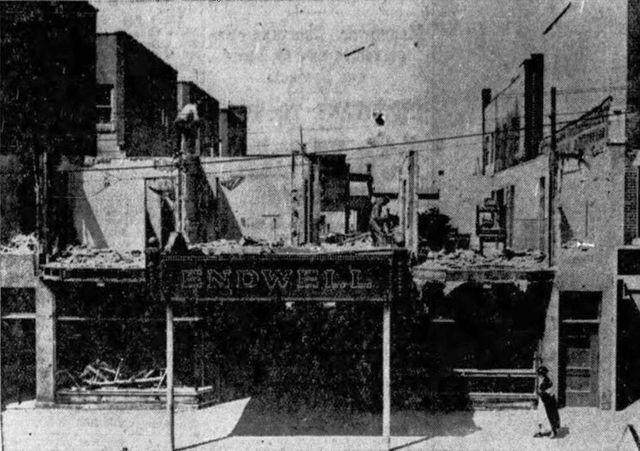 Opened on November 7, 1908 as the Orpheum Theater. In 1913, it was renamed Endwell Theater and was actually on Main Street in Johnson City. The building was constructed by Frank H. Windus Brothers and was two stories on the street front, sloping to one story in the rear. Operated by William H. Mack (who opened the Cityline Theater at Main Street and Flordal in 1918 and ran both theaters in tandem until the latter’s closure in 1930), the theater was closed briefly for remodeling in 1920 and again in 1930, to accommodate for sound pictures.

According to the Binghamton Press, the theater building was sold in February 1936 and demolished in June to make way for a new Woolworth’s store. The newspaper article that announced the sale implied that the theater was in operation up until the sale of the building. The Comerford chain, which also operated Johnson City’s other movie theater, En-Joie, at the time of the closure, elected not to move the Endwell to another location.

Facebook posts by Triple Cities theater expert Edward Brewer and others on the “Historic Johnson City” page indicate that some of the Endwell Theater building may have been retained in the later Woolworth structure, which still stands. Brewer also indicates that the Orpheum and Endwell Theaters are one and the same, with the prior theater having opened in 1908.