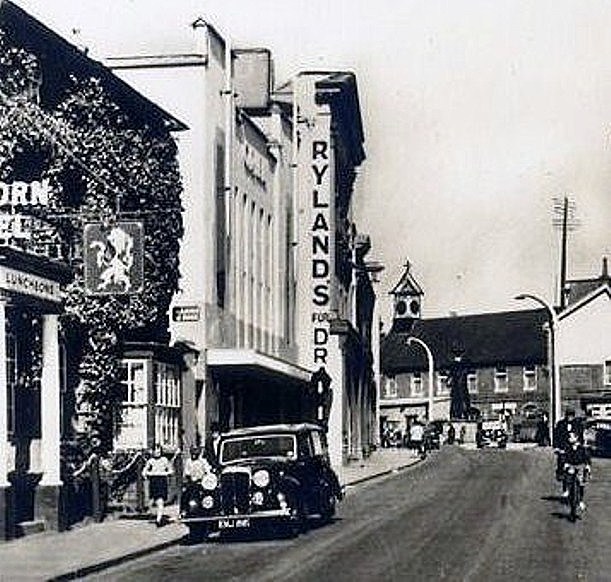 Located in Leighton Buzzard, Bedfordshire. Oriel House was originally sited on this plot of land opposite the Corn Exchange, and when it was demolished, its façade was retained in the design of the Oriel Cinema. It opened on 26th December 1922 with Norma Talmadge in “Smiling through”. It had 550 seats in the stalls. A balcony was built but not fitted out for some time, when 100 seats were installed. It was taken over by the Shipman and King chain in 1930, and they soon rebuilt the façade of the cinema.

The Oriel Cinema was closed in 1970. On 15th January 1972 and was reopened as an EMI Bingo Club. The bingo club closed in February 1985 and the building was demolished to build a Kwik Save Supermarket. Since 2009 that building is a pub known as the Litten Tree.