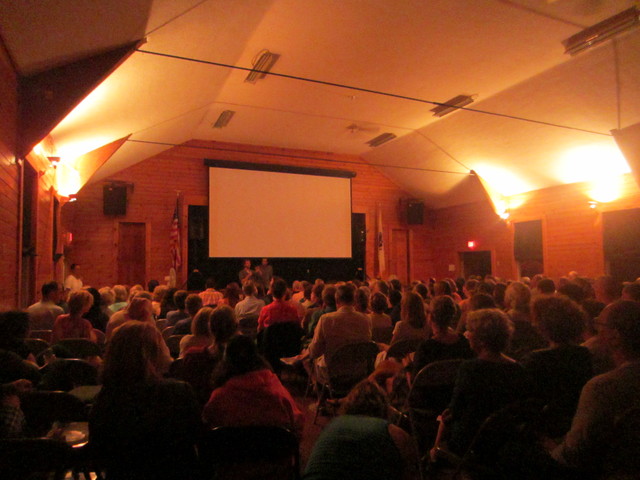 The Martha’s Vineyard Film Festival (different than the other island film festival), now in its 8th year has been showing films at the community center in the Chilmark Center.

I was there this year for the closing night film. A reception is held on their lawn with food and music and the films are screened inside on the big screen above the stage with a few hundred chairs assembled. The sound system was nice and the wood beamed ceilings are a plus. Just like being in a lodge.