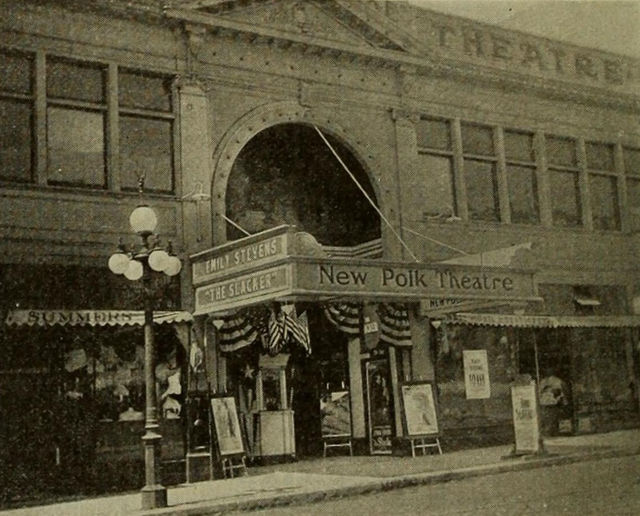 The New Polk Theatre was built in 1911 as a neighborhood house at the western foot of Nob Hill. The house featured an arched entrance with classical pediment, and the lobby was decorated with three murals painted in oil costing a total of $1,500. An American Fotoplayer piano provided music and sound effects to accompany the silent films.

Somewhat more luxurious than most neighborhood movie houses of the time, the New Polk Theatre was the first of its kind in San Francisco to raise its admission price from five cents to ten cents.

The New Polk Theatre was operated for a number of years by Oppenheimer & Levy, who also operated the Superba Theatre on Haight Street beginning around 1916. Despite the arrival of newer theaters in its neighborhood, the New Polk Theatre continued in operation until 1927, but it failed to make the transition to sound films. The building was converted for use as retail space. The facade has been modernized and the building is no longer recognizable as a former theater.