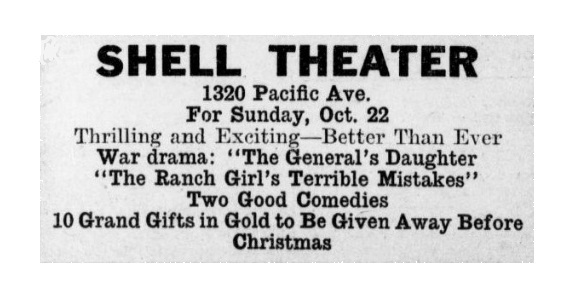 The Shell Theatre was already operating in 1910. The theatre was remodeled in 1911. The Shell Theatre is listed in the 1957 Film Daily Yearbook with 319 seats and it closed later that year. It reopened as the Cameo Theatre on March 30, 1962 screening the nudist movie “Some Like It Cool” & “Taming Sutton’s Girl”. By the 1970’s it was screening adult movies. It has been demolished.

This closed in 1957 and reopened on March 30th, 1962 with “Some Like It Cool” as the Cameo showing adult movies. Grand opening ad posted.