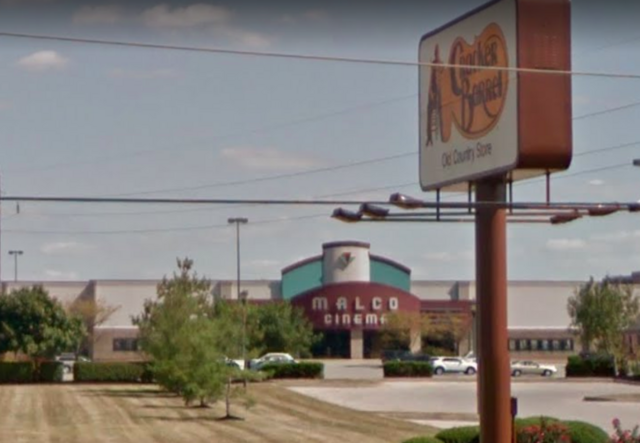 The Malco Cinema 12 replaced the Malco 8 in the 5100 block of Frederica Street. It initally opened with 6 screens on November 6, 1996 and the other 6 screens opened December 13, 1996. On November 5, 2004 it expanded to 16 screens. This multiplex features the regular amenities of an up to date cinema including digital projection and sound and 3D capabilities. It was closed on June 18, 2019 and became a Legacy Church.

This opened on November 6th, 1996 with 6 screens with 12 screens opening on December 13th, 1996. It became the only cinema in town when Malco closed the Plaza Cinemas in 2001. It expanded to 16 screens with five having stadium seating on November 5th, 2004. It is expected to close in 2018 when the Malco Gateway Commons Cinemas 16 opens.

This closed on June 18th, 2019 in favor of the new Malco Cinema Grill, which opened on June 20th. It will become the Legacy Church.