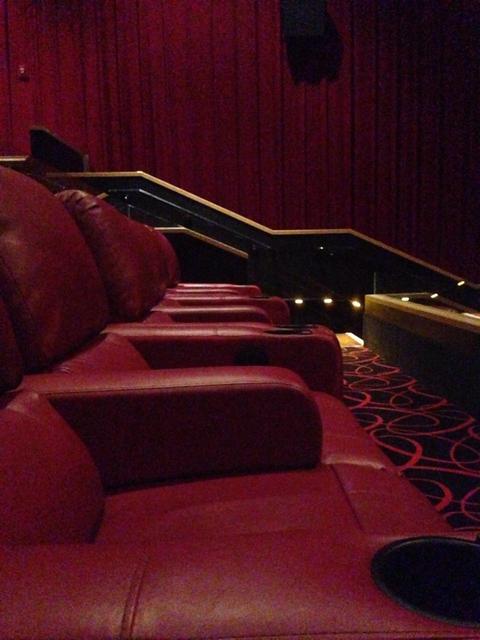 The stadium seat theater was originally opened by United Artists Theaters on September 26, 1997, and after that was operated by Carolina Cinemas. It was taken over by AMC in August 2013.

AMC’s plans are to remain open during the renovations, which began in mid-September 2013 and are said have an estimated cost of $2.6 million. It will be among the latest AMC’s to add plush recliners in each auditorium. 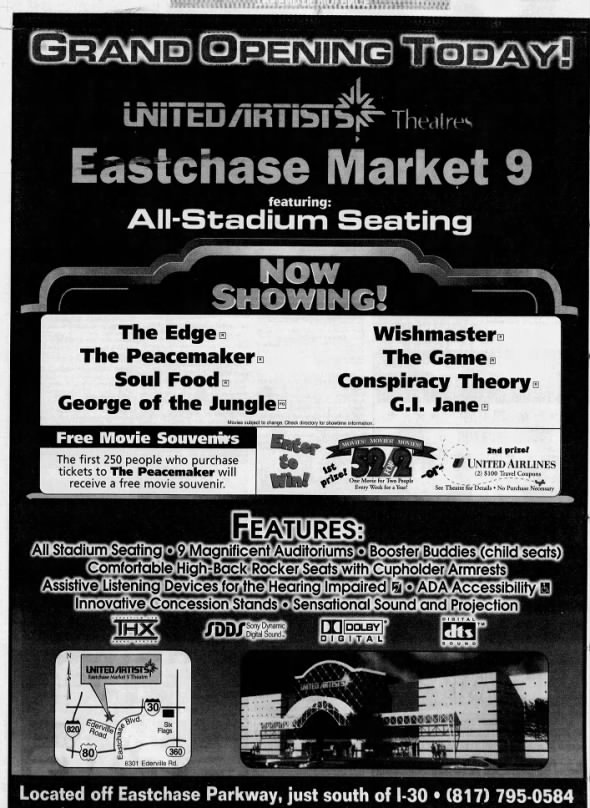 The Eastchase Market Shopping Center was built in two phases with a Target anchor flanked by Toys R Us, Ross Dress for Less, MJ Designs and PetsMart opening September and October of 1995. A 33,000 square foot 10-screen theater was planned for a 1996/7 opening by United Artists announced in 1995 as part of Phase Two.

UA had committed to the Fossil Creek in Fort Worth, a $10-million concept similar to the UA Galaxy in Dallas which had opened in May of 1996 going for technology including VR gaming and THX-certified auditoriums. The lower-technology UA Eastchase Market Stadium expanded its footprint to 38,600 square feet and upped its proposal to 11 screens. But the City of Arlington intervened and the project was dialed down to 9 screens. Both the UA Fossil Creek and the UA Eastchase Market Stadium 9 opened in 1997.

While much of the attention was going to 24- and 30-screen megaplexes of the era, UA was more conservative building 9 to 11 screen complexes including its Lakepointe 10 theater in Lewisville opening in December 1994 followed by a similar facility in Grand Prairie opening August 1995, the Eastchase debuting September 26, 1997 and its Macarthur Marketplace in 1999, along with the higher-end Galaxy and Fossil Creek locations with multiple THX auditoriums. Eastchase had just one THX certified theater and a 6'x6' preview board.

Philip Anschutz took over controlling interest in United Artists and Regal, as well as Edwards Theaters in October of 2001 and the economy went south in an era when too many theaters were in the Dallas-Fort Worth marketplace. Regal began a retreat in the DFW marketplace that was losing to Cinemark and AMC and had claimed General Cinema, once a dominant factor in the market. Regal/UA would shed older, non-descript 6- and 8-plexes along with the McArthur Marketplace. But the Eastchase Stadium stayed in the portfolio for another ten years.

On December 9, 2012 Regal left the Eastchase behind likely bailing halfway through a 30-year lease. Carolina Cinemas came in next opening and then quickly departing in May of 2013. AMC put $2.6 million into the theater relaunching as the AMC Eastchase 9 with recliners and reduced capacity and a MacGuffin’s Bar.