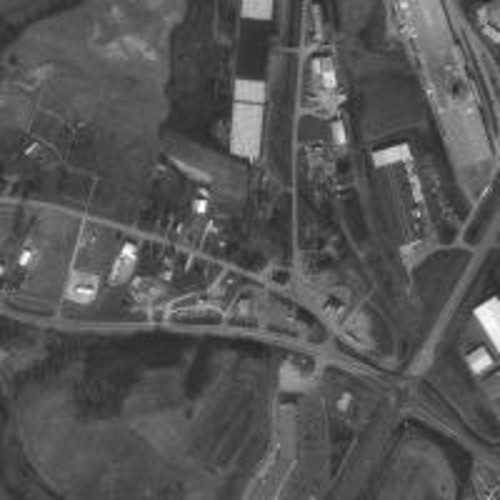 The Bel Vista Drive-In was open in the early-1950’s. The car capacity was listed at 570 cars. The drive-in was closed in the early-1980’s. It has since been demolished.

Bel Vista Dr. runs between BUS 150 aand Rosary Road, the drive-in was located on US 150.

The address for this Drive-in is now 201 Rosary Heights Rd, Springfield, KY 40069. Hwy 150 as it exists today was not there south of the Drive-in when it opened. Rosary Heights was the highway at the time according to aerials.

Also from the 1951 aerial, it looks like the screen originally was on the northwest side of the property and was later moved to the southeast side in preparation of the upcoming highway. There are ramps behind the screen facing the opposite direction from the ramps in front of the screen.