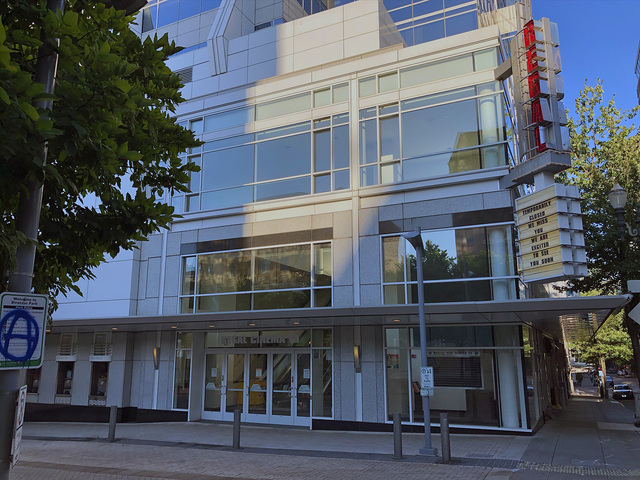 Tom Moyer originally developed the project on the site of his old Fox Theatre, whose May 10, 1997 demolition was covered in the Oregonian on May 11. It was noted that after Moyer sold his Luxury Theatres to Act III Theatres in 1989, he kept control of the Fox block.

At the start of construction in August of 1997, the Oregonian noted that he was starting the $90 million project without financing or tenants in place. Moyer said he was talking to lenders and potential tenants and was putting a lot of his own money into the project.

Thompson Vaivoda and Associates (TVA) designed the theater as well as the tower.