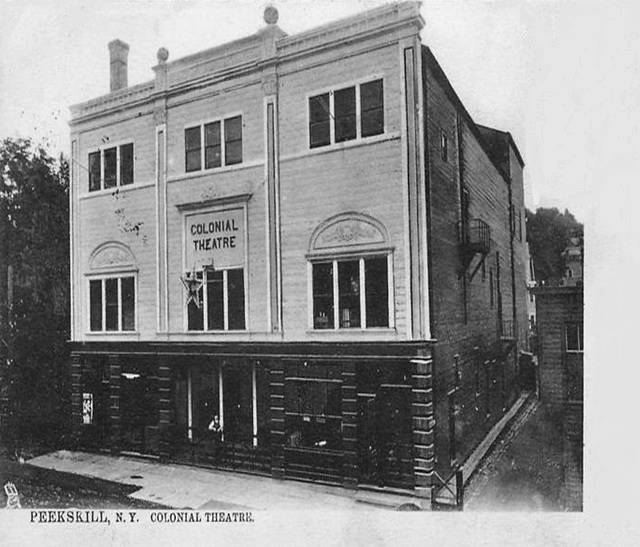 The architect for the renovation was Charles A. Johnson of Peekskill, New York. The Colonial Theatre is listed in the 1945 Film Daily Yearbook as closed with 1,359 seats.

1033 Park Street was the address, which is now a parking lot.

The September 9, 1940, issue of the Peekskill Highland Democrat said that the Colonial Theatre, which had been built “…nearly a half century ago….” was soon to be demolished. The house had been bought from the Singers by Paramount, who also acquired the recently-remodeled Peekskill Theatre. A fire had damaged the Colonial and the seats had been removed from the balcony as a result.

I don’t know if the Colonial was one of those theaters that the FDY continued listing after it was gone or not, but it certainly could have been.

The 1940 article can be found in column four near the bottom of this single-page PDF.