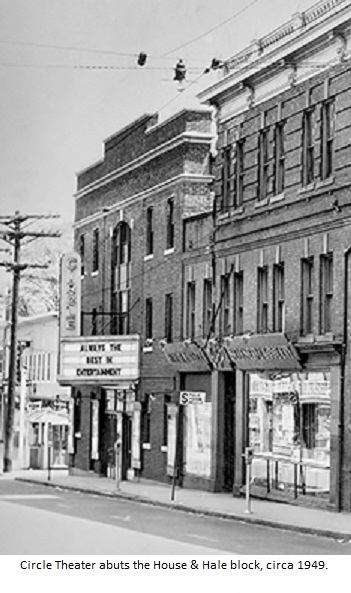 The Circle Theatre was opened prior to 1920. By 1941 it was operated by Warner Bros. Circuit Management Corp. It was still open in 1950.

There was a Circle Theatre operating in Manchester by 1920. The May 13, 1920, issue of The American Sugar Family, the house organ of the American Sugar Refining Company, had an article about a promotion for the company’s Domino brand products which involved the theater and the local newspaper.

The article doesn’t reveal anything about the theater, but it’s an interesting example of the sort of publicity stunts that American movie theaters used to engage in.