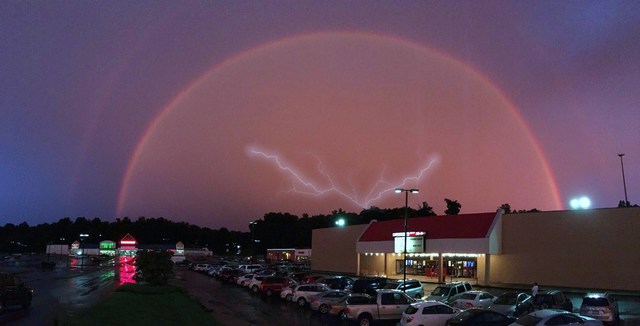 The Marketplace 6 Cinemas was Winston-Salem’s second multiplex theatre that opened on May 31, 1985 under Plitt Southern Theatres with a seating capacity of 1,700. At the time of its opening, the complex housed two 350-seat auditoriums, two 275-seat auditoriums, and two 200-seat auditoriums. Features included expanded concession stand, restroom facilities for those with wheelchairs and extending parking in front and on the sides of the cinema. The opening attraction for its grand opening was Chevy Chase in “Fletch” that played on two screens! The coming attractions were “Back To The Future”, and “The Goonies”. Lots of great memories!!! A lot of movie blockbusters got first-run billing here ranging from “Top Gun”, “Batman”, “Jurassic Park” and others.

By 1988, Cineplex Odeon purchased this theater from Plitt until 1990, when Carmike Cinemas got a hold of this cinema from both Cineplex Odeon and Plitt Southern Theatres, but it was still a cash money making cow showing first-run films.

Carmike closed this theatre in 1999, but it has reopened as a second-run discount movie house under an independent chain.

I have the ads from its May 31,1985 grand opening and the article in the Winston-Salem Journal about the opening of the Marketplace Cinema 6. If you need to see them,please e-mail me at and I’ll sent them ASAP along with the article too.

From the Friday May 31,1985 edition of the Winston-Salem Journal:

The biggest moviehouse in Winston-Salem opens today,and the company that built it is already looking for a place to build one as big,or maybe even bigger.

With six screens and 1,700 seats,Plitt Southern Theatres Cinema 6 at the Marketplace Mall on Peters Creek Parkway is big for Winston-Salem. But Plitt builds nothing smaller than six screens these days,and his eight and 10-screen moviehouses built in the works in several other cities,John L. Huff,vice president of operations of Plitt Southern Theatres Inc.,said yesterday.

“We felt for a long time that Winston-Salem was underscreened,even though its a dynamic movie market,” Huff said. “Even with this theater and counting the expansion at the Reynolds,there will be only 17 first-run screens in the market. We are continuing to look for other locations in the Winston-Salem market especially in the Western area towards Clemmons,” Huff said.

The next Plitt complex will have at least six screens and might be 10 or so from Cinema 6, Huff said. The same film could be shown simultameously at two different theatres to different market segments,he said. It was originally envisioned as a four screen theater,but was expanded to six in the early planning,Huff said. “We would have gone to eight screens if the site had been a little bigger,” he said. Total investment is about $1.3 million,he said.

An eight screen moviehouse was proposed by another company for a site off Robin Hood Road at Polo Road last year. But construction was postponed after residents objected to a needed rezoning change. A proposed development guide for the area calls for office and multifamily residental uses in the area.

Plitt is the fourth-largest moviehouse company in the country and the largest privately owned chain,with more than 600 screens nationwide. The Southeast is one of the fastest growing areas,with 260 screens expected to be done by Christmas. Once Plitt identifies a market that will absorb more screens,it looks for a high traffic,his visibility location,Huff said. “That almost always means a shopping center or a mall,” Huff said. “The theaters,in turn,serve as attractions for shoppers”,said Michael Kelley of Marketplace Venture,Inc. “The theater is really a major anchor for the mall,"Kelley said. "It’s just what we need to make our place a strong destination location for the whole North Carolina market.”

Multi-screen theaters allow scheduling a mix of movies at the theaters,drawing audiences of all ages and tastes,Huff explained. Multiple screens also allow major movies to be shown for longer periods,drawing repeat viewers and people from outlying areas,and leaving other screens free for shorter-run films,he said.

It will allow showings of foreign and art films that are likely to draw only small audiences,without sacrificing revenue because of empty seats in a larger hall,Huff said. If a major movie seems likely to fill more than 350 seats per showing,Cinema 6 can show it on as many as three screens,about 20 seconds apart, with the film running from projector to projector by a system of rollers.

The opening day mix at Cinema 6 includes two first-run films and four other recently released films that have played before,Huff noted. “We will run all first-run films as the release schedule of the film companies permits,but we would rather bring back a good movie that people missed the first time around or want to see it again than put in a first-run movie that we could get,but that nobody wants to see,” Huff said.

“Multi-screen theaters are our form of diversification,” Huff said. “Its just like any other form of retail:You’ve got to give people want they want,where they live,and the multi-screen complexes are the way to do it most efficiently.”

I remember frequenting this theater in the mid-90’s. There was a huge music store called Peaches on the hill beside of it, and an ice cream shop/burger joint called Char’s. A near riot broke out on opening weekend of the racially driven ‘Higher Learning’. By the late 90’s, poor management had run this theater into the ground.

Since being taken over by an independent owner in the early 00’s, the theater has flourished. Very clean, Great popcorn, friendly staff, and the cheapest price in town ($3). If a movie bombs at the first run theatre, it’s usually here within 2 weeks.