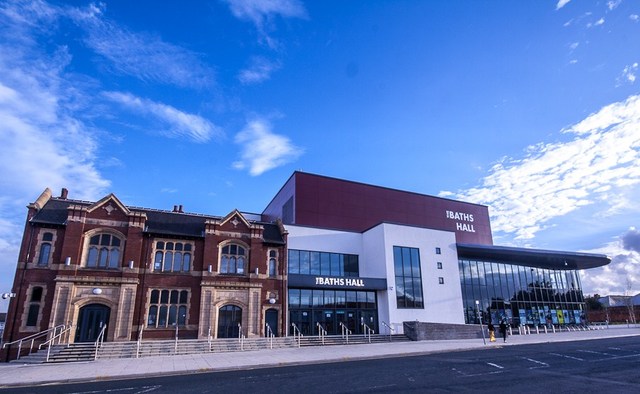 Originally opened as Scunthorpe’s main swimming baths in 1931, the pool closed in 1983. It was converted into an entertainment venue which showed movies, and also a youth centre and many other things. In 2005 the building closed for revamping and had a massive building built onto the original building to be opened as a theatre and arts centre opening on 11th November 2011 still being named Baths Hall.