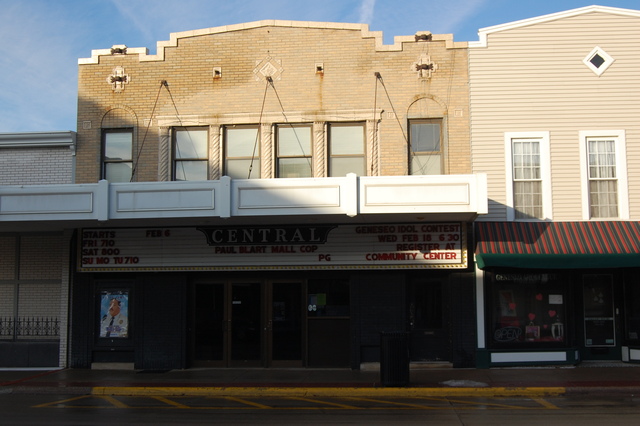 It was recently renovated and re-named Central Theatre and is still a single-screen theater with 300 seats. It is now operated by the Geneseo Community Park District, and screens first-run features.

Its canopy/marquee, newly rebuilt, resembles one from the theater’s earliest days. In 2017 the seating capacity had been reduced to 178.

Current movie listings are on the Park district website but you’ll have to dig through it to find them. Their Facebook page is also up to date.