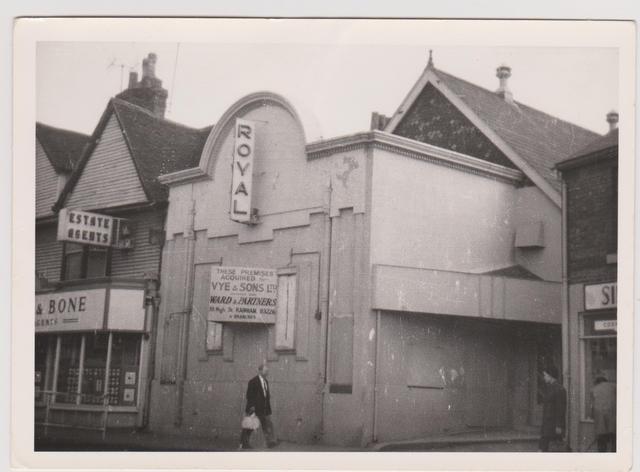 Located in Rainham, Kent. Originally built as a Salvation Army hall, it was converted into the Royal Cinema in either 1923 or 1924. This was a backward’s cinema, with the screen at the High Street front of the building.

It was badly damaged by a fire in 1947, but repairs were carried out. It was equipped with CinemaScope in May 1956. The Royal Cinema was closed on 5th March 1966 with Lee Marvin in “Cat Ballou”.

It was converted into a supermarket, and since at least 1987 has been a Lukehurst’s furniture store.