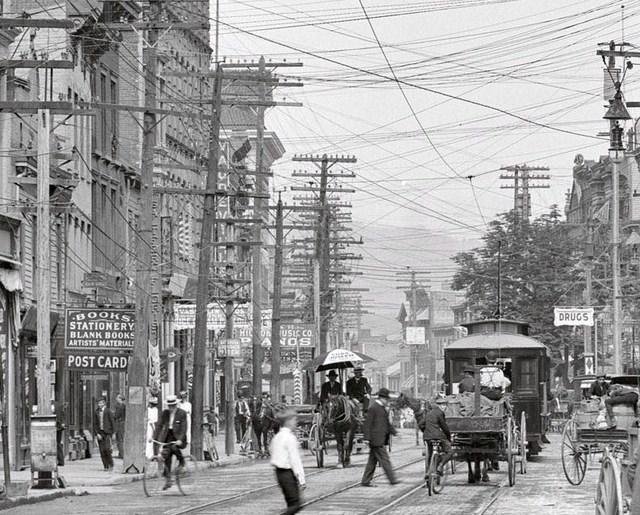 The building was erected in 1872 and the Best Theatre was located on the 2nd & 3rd floors. It was opened prior to 1913 when it was operated by George Cohen, presenting vaudeville. By 1914 it was screening movies, having dropped vaudeville. I found newspaper advertisements into the early-1920’s.

Building is vacant. It’s been poorly treated over the years. Ground floor is a hideous ‘70s-'80s pebble dash, and the massive cornice is just a blank expanse of plaster.

A notice about an 1,800-seat theater planned for Poughkeepsie by G. Cohen of the Best Theater appeared in the July 5, 1913 issue of The American Contractor. An August 9, 1913 article in Exhibitors' Times said that George Cohen’s Best Theater was located on the second and third floors of a building erected in 1872, so the project in Contractor was apparently being planned as a replacement for that aged house. So far I’ve been unable to discover how soon after this Mr. Cohen was able to finish his project. The Best Theater is listed in the 1914-1915 American Motion Picture Directory, but without an address.