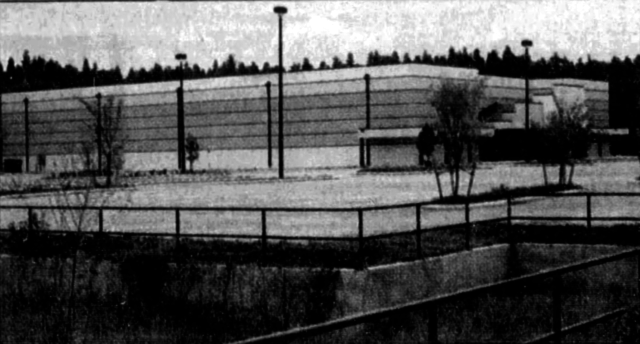 From the outside, the Palm Harbor Theatre appeared to be completed in the Summer of 1989 but Rand Theatres Circuit was having some major issues trying to get someone to install projection and concession equipment on the reputation of the theatre chain more than relying onward cash. That proved too tall an order and the law finally caught up with the Rand family and their movie circuit scheme. The only question was whether the Rands get out before the theater actually opened as it sat vacant from 1989 to 1995 just as pictured before finally launching.