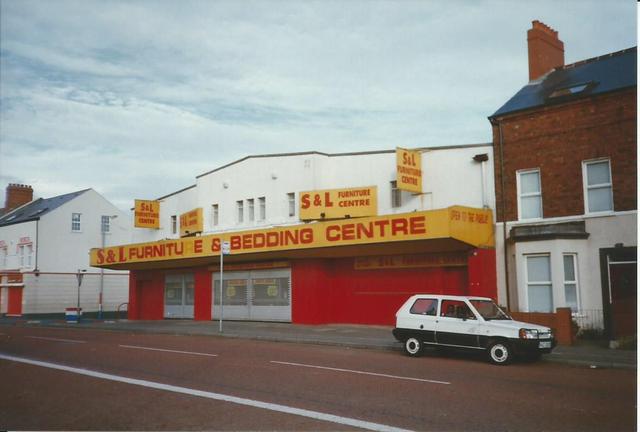 Situated on the corner of Castlereagh Road and Clara Street, the Castle Cinema opened in October 1934, with 1,000 seats on a single-level raked floor. It was described in the press as Belfast’s ‘Old Gold’ cinema, due to its striking interior colour scheme. As an independent, the Castle Cinema struggled to survive and owner James Crawford was forced to show so many cowboy films that it became known as ‘The Ranch’. It closed on 26th March 1966. It went over to supermarket use. The top level was subsequently removed and, in November 1998 when my photograph was taken, it was a furniture and bedding centre, which remained open in July 2012.