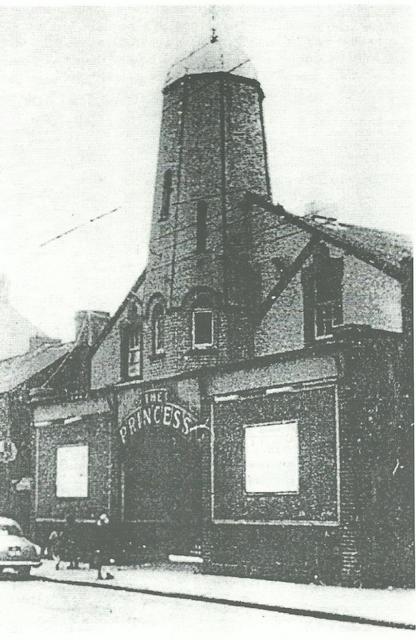 The New Princess Palace opened on 29th July 1912, right across the road from the Princess Cinema that had opened two years earlier! The subsequent confusion led to the earlier cinema being known as the Old Princess Cinema, while the newer arrival became known as the New Princess Palace. The owner was Ferris Pounds, manager of the Picturedrome. A striking feature was the windmill-like central tower, lined with vertical electric lights. The architect’s drawings show a set of sails attached to the tower, but they were never installed. The cinema had a 30 feet wide proscenium, the stage was 20 feet deep, and there were two dressing rooms.

The New Princess Palace closed on 2nd April 1960. In November 2008, when I photographed it, the windmill tower had been removed and the truncated building was occupied by the Three Two One arcade, cafe and bingo club.