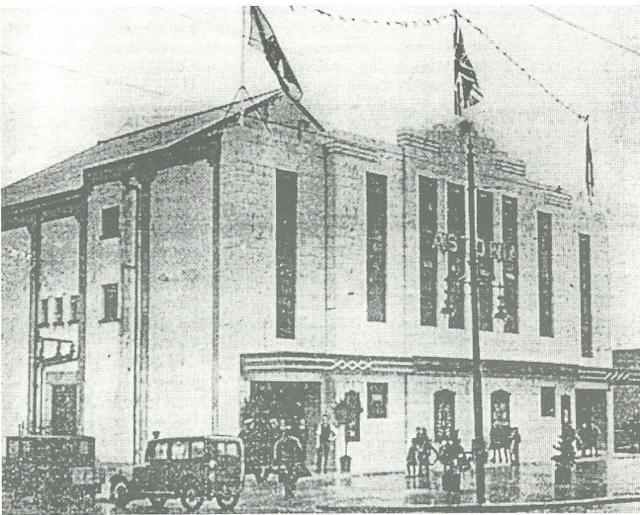 The Astoria Cinema, a new, luxury cinema for the Curran circuit, was all set to open on 22nd December 1934 when the projection equipment (“Absolutely the best in Ulster”) failed, putting back the opening showing of “It Happened One Night”, starring Clark Gable and Claudette Colbert, by two days. The seating was in stalls and balcony, and there was a restaurant on the first floor. The cinema had extensive underground space which was used as an air raid shelter during World War II.

The Astoria Cinema was acquired by the Rank Organisation in 1955 but the decline in business could not be arrested. Closure came on 17th August 1974 with “Oh! You Are Awful”, starring comedian Dick Emery. The building was later demolished and replaced by a telephone exchange.