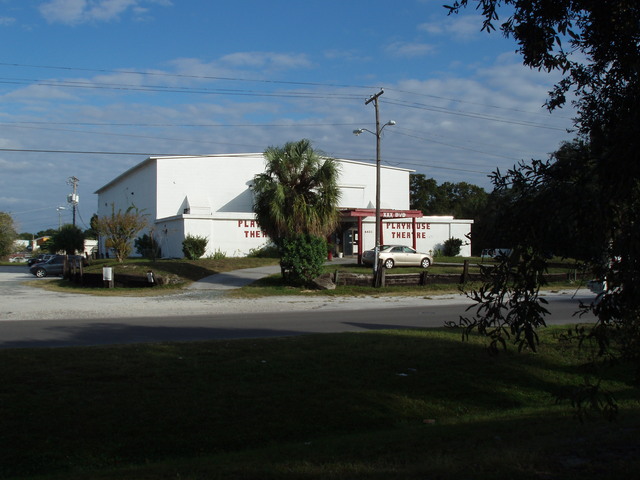 This venerable old theatre building, still in existence in the Drew Park section of Tampa, was constructed as a theatre for Army personnel stationed at Drew Field, a WWII army air force training and replacement center.

After WWII, the building was used for a variety of civilian purposes, such as a community actors' playhouse, and most recently, as an adult features theatre.

As the old World War II buildings rapidly disappear from the former base area, this old building stands as a lonely reminder of the thousands of troops that once passed through its doors, not sure of what the future held for them.

This theatre was constructed during WWII according to a standardized design used by the Army on military bases throughout the country. Its appearance and layout were virtually identical to similar theatres on other military bases. It is likely that many of the young soldiers who laughed and cheered in this building did not return from their assignment overseas. Over the years I have felt that, as long as it may stand, this old building is a silent testament to them and the sacrifices they made.