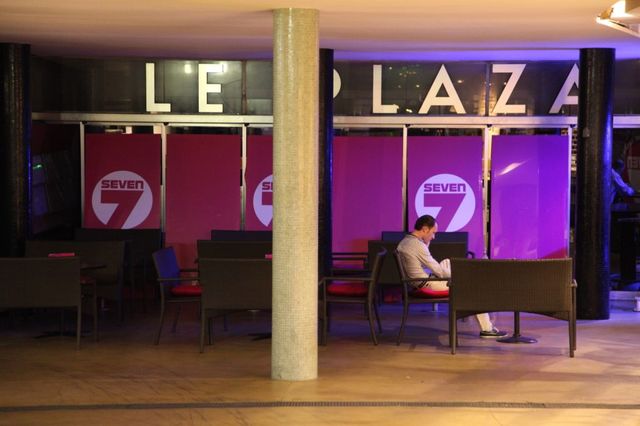 The Cinema Plaza was opened in 1952 and was designed by architect Marc-Joseph Saugey in a Streamline Moderne style. Seating was provided for 860 in the orchestra level and 420 in the balcony. It was closed on 24th January 2004, and was stripped of its seats and equipment and lay abandoned awaiting its fate. There were plans to demolish and create a car parking lot, then these plans were changed to build a shopping centre on the site. Again this was abandoned due to public interest to retain the building which gained over 11,000 signatures.

The building was purchased, with plans to restore it as a 750-seat cinema which will have 650-seats in the orchestra and 100-seats in the balcony. There will also be a bookstore, library and restaurant. The reopening of the Cinema Plaza is planned for October 2023.

This was the roadshow showplace when I lived in Geneva…Three aisles…huge screen I am guessing 700 + seats…Saw Rod Steiger in Waterloo, Alec Guinness as Hitler (some kind of theme there), Fiddler on the Roof, Twiggy The Boy Friend, Mad Max 1, Louis de Funes in his Gendarme film there…Mondays and Tuesdays films were shown in OV (Original Version) so English usually…French the rest of the week Lots of room inside for hand painted coming attraction posters and very oddly a coming attraction displayed across the front of the proscenium…For better or for worse they do not make them like this anymore