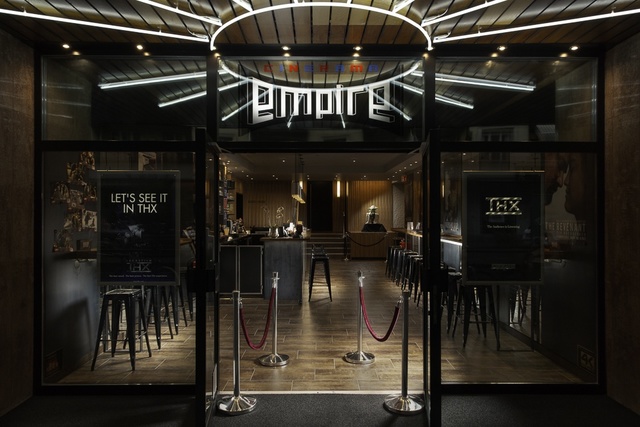 The Cinerama Empire opened on 18th August 1967 with the documentary film “Russia 70 - From the Urals to Kamchatka”. It was designed by architects Lucien Archinard and Jean Zuber. Seating is provided in orchestra and balcony levels. Later re-named Cine-Art it was closed in 2011.

In 2015 it was taken over by new operators and work began on renovations and installation of a digital projector. It re-opened in late-October 2015 and was re-named Cinerama Empire.

During a visit to Geneva in June 2016 I met Didier Zuchuat, owner of the Cinerama Empire, at his other cinema, Cine 17. He told me that the cinema that was demolished to make way for the Empire opened in 1923 as Cinema Colibri. It was enlarged and renamed Cinema Pelican in the early 1950s before closing in 1965. As noted above, its replacement, the Cinerama Empire, opened in 1967.

At the Cinerama Empire I saw “Money Monster”, starring George Clooney. This is a truly superb cinema, the largest single screen in the city.