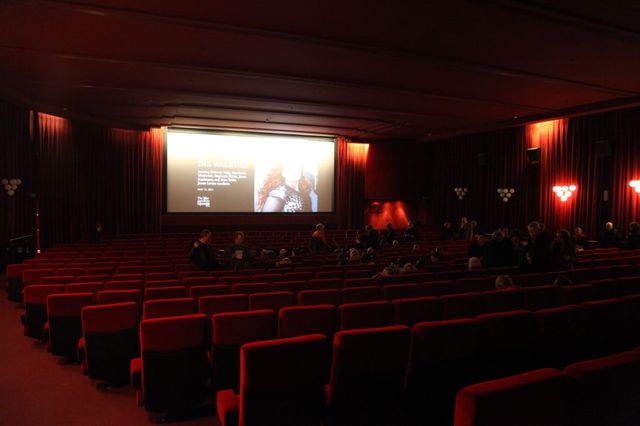 The Cinema Rex originally opened as a single screen cinema prior to 1971.

This part of town had 8 screens within a 6 block 10 minute walk stretch in the 70s…the tired but functional Studio 10, the slightly better Hollywood (got the Disneys and major French releases), the oversized Alhambra, the Molard (mostly French language pictures), the ABC inside a shopping arcade (great for audience pictures saw Tommy and Fame there) and the Cine 17 an art house around the back (still running) and the Rex on the main shopping street

The Pathe Rex is situated in the basement of the Confederation Centre. I was told by the cashier that the seating capacities are 400 in Screen 1 and between 130 and 170 in Screens 2 and 3. She added that the Centre is due to be revamped in 2018, for a grand re-opening in December 2019. She hopes the cinemas will remain, either completely unaffected or after being refurbished.