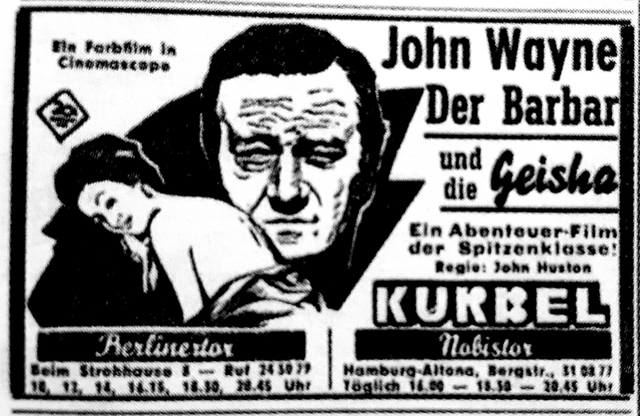 On of 4 cininemas in the Kurbel chain to operate in Hamburg. The Kurbel am Nobistor in the Altona district west of Hamburg, was opened on 20th November 1953. Seating was provided for 534 in the orchestra and 130 in the balcony, which was set back, and not over-hanging the orchestra seating. It was closed in 1962

In 1964 it became an adult cinema. This later closed and it was converted into retail use. In 2006, the building was unused and it had been demolished by December 2020.