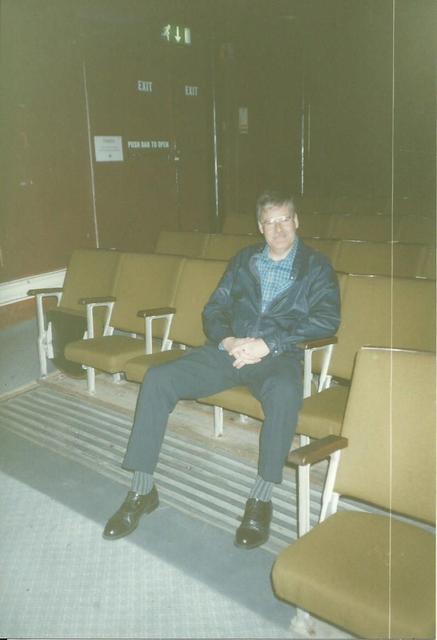 Situated in Snibston Discovery Park, on the site of a former coal mine, in Coalville, Leicestershire, the Century Theatre is thought to be the only solid structure, fully equipped, mobile theatre in the world. The dream of John Ridley, an engineer, was turned into reality in a Hinckley, Leicestershire, yard between 1948 and 1952 with the assistance of friends Wilfred Harrison (actor and fund-raiser), Dick Bull and Rob Robinson (construction) and many others.

The lightweight aluminium structure, converted from wartime military trailers and tractors (the stage and auditorium folded up into four 10m trailers towed by ex-military Crossley tractors; there were nearly thirty other wagons and caravans) cost about £22,000. The opening performance was in Hinckley on 19th September 1952, after which the theatre travelled in convoy to provide quality theatre around the country. The theatre toured until 1974, when changes to traffic regulations meant the auditorium trailers could no longer take to the road.

In 1975 the Century Theatre was converted to a static theatre in Keswick, Cumbria, where it remained until 1996 when it finally returned home to Leicestershire. Many famous names were associated with the theatre, including Laurence Olivier, Agatha Christie, Enid Blyton, Judi Dench, Helen Mirren, Tom Courtenay, Derek Fowlds and Eileen Derbyshire. Now permanently based at Snibston as an historical artefact, the theatre continues to provide quality touring productions, film, music, comedy and educational activities for the community.

My scanned photographs were taken in September 1998.

A photo of the Century when in-situ at Keswick here:–

The Discovery Museum closed on 31st July 2015. Happily, the Century Theatre is continuing to operate as normal.