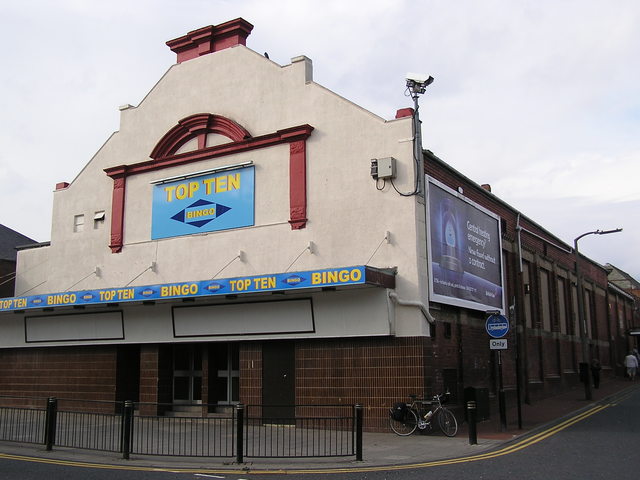 Located at 38 The Green on Sunderland Road, in the Southwick district of Sunderland. The Savoy Electric Theatre was originally the Savoy Hall, and it opened as a cinema on 16th December 1912. It had a rear projection system, with the projection box located on the stage behind the screen. The proscenium was 22 feet wide. Alterations to the building were carried out in 1930, and it was at this time that a British Thompson Houston(BTH) sound system was installed.

Always independently operated, the Scala Electric Theatre was closed on 7th March 1959 with Gregory Peck in “The Man in the Grey Flannel Suit”.

It was converted into a bingo club, which in 2013 was operated by Top Ten Bingo. The bingo club closed around 2014. By May 2015 the building had been taken over by a furniture and household goods store. After 18 months, the tenant came into a dispute with the landlord and vacated the building at 4pm on 4th February 2017. By 5:45pm the building was on fire. Two people have been charged with arson.