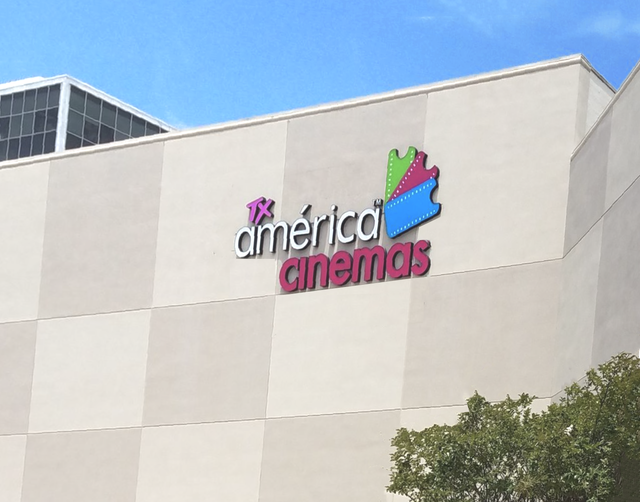 Located in the Sharpstown district of Houston, in the PlazAmericas Shopping Center. The Sharpstown Center 8 was opened by Cineplex Odeon in the early-1990’s. It was later operated by Premiere Cinemas it was closed in 2012.

Reopened as the Viva Cinema in May 2013. It played first-run Hollywood movies with Spanish sub-titles, and Spanish language movies, to cater for the local population.

It was closed suddenly on November 10, 2013. Two of the final movies were “The Butler” and “Elysium”. Independently operated, the owners of the Viva Cinema blame the 30-screen AMC just two miles away for taking away business, as AMC also began to screen Spanish language movies. It was reopened by TX America Cinemas in 2017, screening movies with Spanish sub-titles.

Reopened as the Cinema Houston Sharpstown Center 8 in 2017 under the TX America Cinemas operation.

I remember seeing Dunston Checks In at this theater.