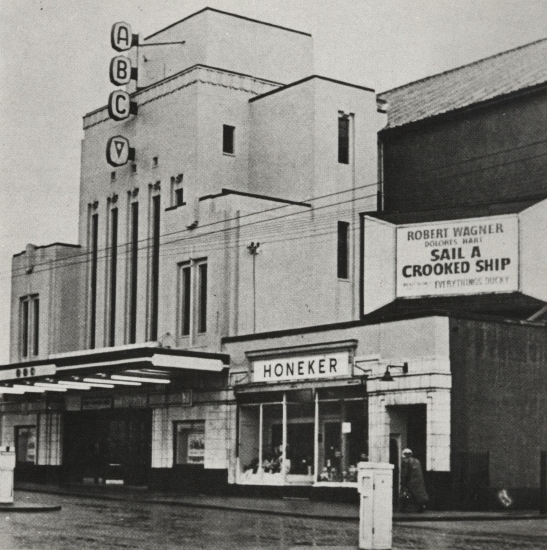 Located in the Ridderie district of Glasgow near the corner of Cumbernauld Road and New Edinburgh Road. The Rex Cinema was built for the Scottish Cinemas & Variety Theatres chain, part of the Associated British Cinemas(ABC) chain. It opened on 7th December 1931, and was a magnificent example of the ABC type of Art Deco style cinema architecture.

It was re-named ABC in 1961 and was closed on 29th September 1973. It was demolished and a car showroom was built on the site