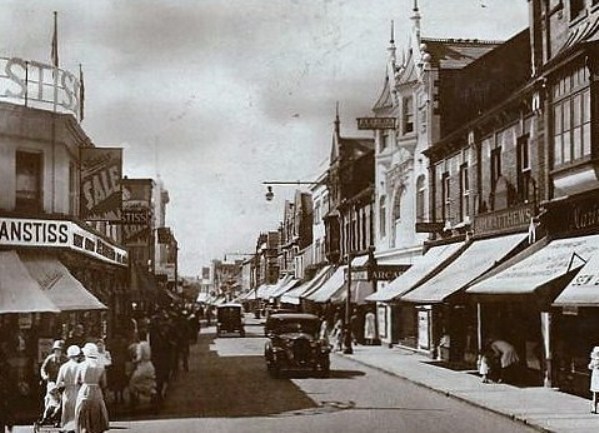 Located in Swindon, Wiltshire. The Arcadia Palace was opened in January 1913. It had previously been the Regent Arcade. By the early 1930’s it had been re-named Arcadia Cinema, and had been equipped with a RCA sound system. In 1948 it was operated by the J.F. Emery Circuit, for that year only. It was taken over by Marks Circuit Cinemas of Manchester.

In the 1960’s it was taken over by the Classic Cinemas chain, and re-named Classic. It closed as a cinema in August 1965 and became a Vogue Bingo Club. In the late-1960’s films briefly returned between bingo sessions when it was known as the Classic Cartoon Cinema. It closed as a bingo club in April 1974 when the lease ran out.