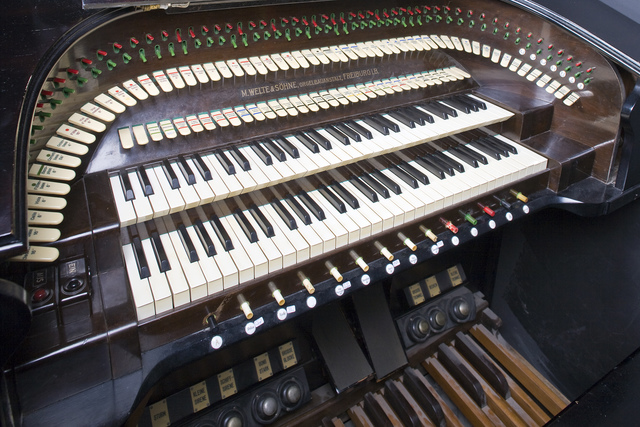 The Film Museum, located in the heart of Dusseldorf old town, was established in 1993. An interactive museum, it offers an exciting approach to the world of the film from its earliest beginnings to the present.

The Black Box cinema has been operating in the museum since 2009. Financial support from the city allows the film museum to put the focus on film history and retrospectives. Many films are preceded by an introduction by employees of the film museum.

The screen measures 6.20m x 2.60m and the digital projection equipment has a variable frame rate (16-25 frames/second) and can accommodate a wide range of screen formats. In 1980 a 2 manual Welte theatre organ was brought to the town. It had originally been installed in 1930 in the Walhalla Kino in Wiesbaden. Now repaired, renovated and installed in the Black Box at Filmmuseum, it accompanies silent films.