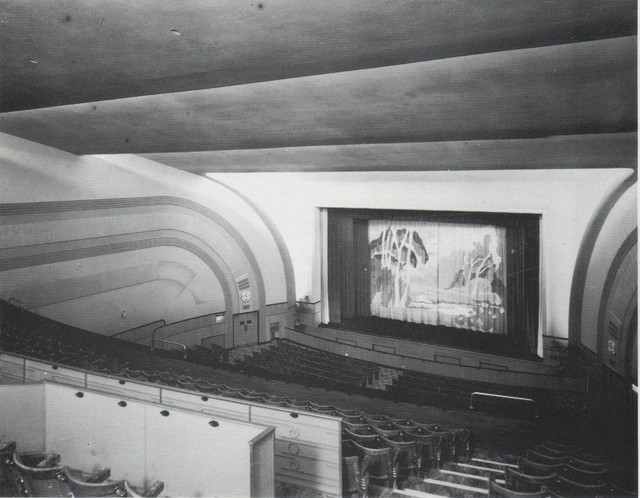 Located in Southsea, near Portsmouth, Hampshire, at the corner of Highland Road & Festing Road. This was one of the original Odeon Theatre’s built for the Oscar Deutsch chain of Odeon Theatres Ltd. It opened on 4th December 1937 with Jack Buchanan in “The Sky’s the Limit”. It had a rather narrow façade on Highland Road, which comprised of two towers, with a convex central section, all clad in cream faiance tiles. The auditorium was set well back from the street and was reached via a long entrance hall. Inside the auditorium seating was provided for 1,688, with 1,152 in the stalls and 536 in the circle. There were sweeping bold curves on the side-walls and lighting was via troughs in the ceiling containing hidden lights.

On 20th November 1977, it was taken over by an independent operator and re-named Salon Cinema. In February 1981, a second screen was added in the former rear stalls which had 400 seats. This was short lived as the Salon Cinema was closed in September 1983. The building was demolished in 1985, and today the site is used as a sports-field by Craneswater Junior School.