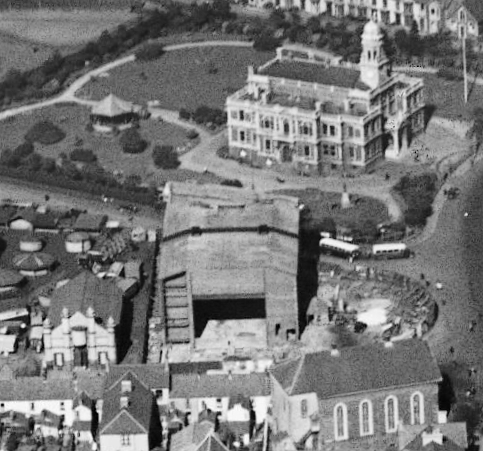 The Electric Theatre was opened on 4th April 1912, adjacent to the fairground site. It had an ornamental façade, which had four candlestick shaped pillars, each topped with a small pointed dome. Part of the building collapsed in August 1912, and had to be rebuilt. The ornamental façade was painted white, and it was re-named White Cinema when it re-opened in April 1913. In late-1915 it was re-named Popular Cinema.

The Popular Cinema was demolished in around 1930 after the Regal Cinema had opened. The site today serves as a car parking lot for the council office block which was built on the site of the Regal Cinema, and backs onto the rear of the adjacent Ritz Ballroom and Regent Cinema café, which still survives as a snooker club.