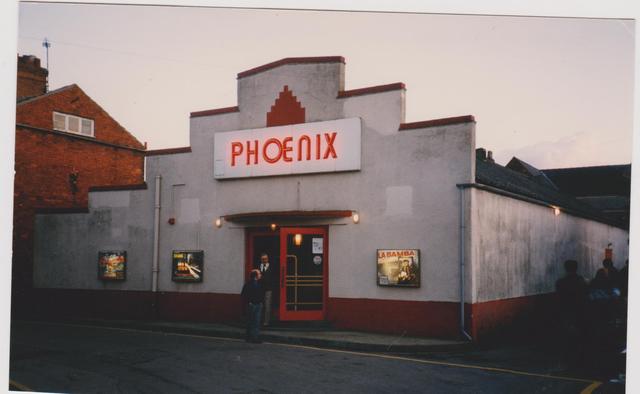 Located in Spilsby, Lincolnshire, to the west of Skegness. In 1922, Tom Bradley Snr. purchased an army hut from the Immingham area and moved it to Spilsby. It was opened as the Franklin Cinema (named after Spilsby born explorer John Franklin). Seating was provided for 334. Entrance was gained via a passage on High Street at the Market Place. In 1930 it was equipped with a Morrison sound system.

Around 1939, the interior of the cinema was reversed, and a new façade and entrance was built on Reynard Street. By 1955, it had been equipped with CinemaScope, and was still operated by the Bradley family until around 1969 when it closed.

It was taken over by Michael Moore of Nottingham, and was refurbished, and re-opened in May 1999. The Phoenix Cinema was closed to films on 19th September 2001. It was converted into a bingo club. By 2002, the building was ‘For Sale’ and was still unused in 2007. It was demolished around 2008, and the plot of land is still vacant in 2014.