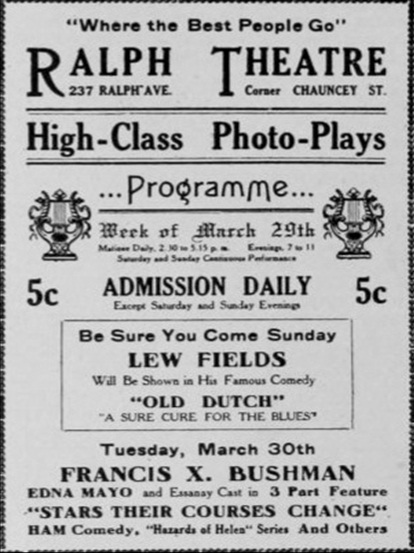 The Royal Theatre opened around 1914. It was advertising in 1915 as the Ralph Theatre. It operated until at least 1920. By September 1921 it had reopened as the Arcady Theatre which operated into 1922. The building is currently used as a church.