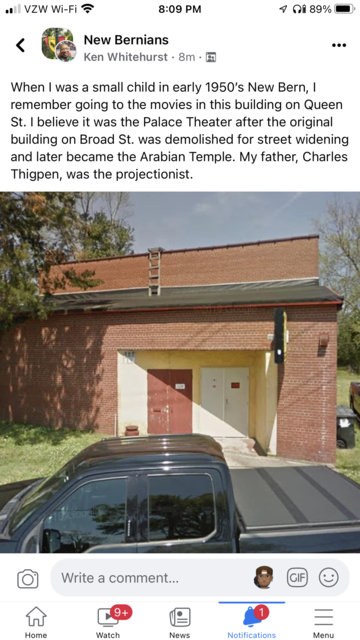 This theater’s name was probably not a reference to Tryon Palace, as that New Bern landmark was not reconstructed until the 1950s, more than twenty years after the Palace Theatre opened. The then-whites-only Tryon Theatre (listed on CT by its original name Athens Theatre) was the local theater that took its name from Tryon Palace, adopting the Tryon name around 1958 (the Tryon Palace restoration opened in 1959).

I do not think the theater in the photograph was the Palace. It was, I believe, the New Ritz.