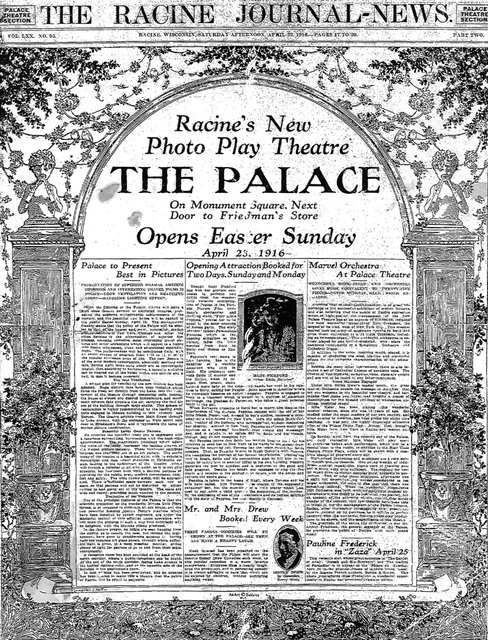 The Palace Theatre in Racine was remodeled from an existing store and opened on Easter Sunday (April 23) 1916 with Arthur Friedman as its manager and “Poor Little Peppina” with Mary Pickford as the opening-day feature. The lobby was decorated with paintings of current motion-picture performers and rose-colored draperies. The Palace Theatre’s Minusa Gold Fibre screen was illuminated by twin Simplex projectors, and the auditorium was lighted by ten art-glass panels rather thn the then-common overhead lamps. A Hope-Jones Unit Orchestra organ was installed, and Terice Meier was hired from New York to be the instrumentalist.